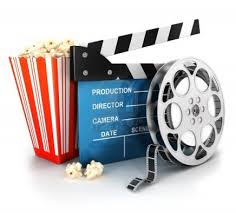 If you are a true fan this is, definitely, your month, because the Oscars are coming up. We could chat about it, couldn't we?
- Are you one of those who watch the Academy Awards Ceremony live?
- What is your favourite Oscar winning film, director and stars?
- What film deserved an Oscar as best movie and didn't win it? What actor or actress?

And how about testing our colective trivia knowledge???
- Do you know why they are called The Oscars?
- How many academy awards did Charlie Chaplin win?
- Who were the eldest and the youngest actor/actress to win an academy award?
- Which movie won the most awards and which one had the most nominations?
- Who's the actor/actress who has more awards won? And who's the most nominated one?

Whether you are in love or not, you are going to fall all over again with this little Warbler.


And then, read a bit about this day published in Speak up magazine number 330 in an article from the British Council.
Publicado por Maria J Pajuelo en 0:00 5 comentarios: